What are Nucleic Acids?

Nucleic acids are genetic materials that express themselves by the synthesis of proteins by cells. There are a lot of different nucleic acids in the body but we’ll leave most of them to the biologists. We’ll just deal with:

Nucleotides are the basic building blocks of all nucleic acids, the simplest units of genetic material. They consist of:

These nucleotides can combine to form polynucleotides in condensation reactions. 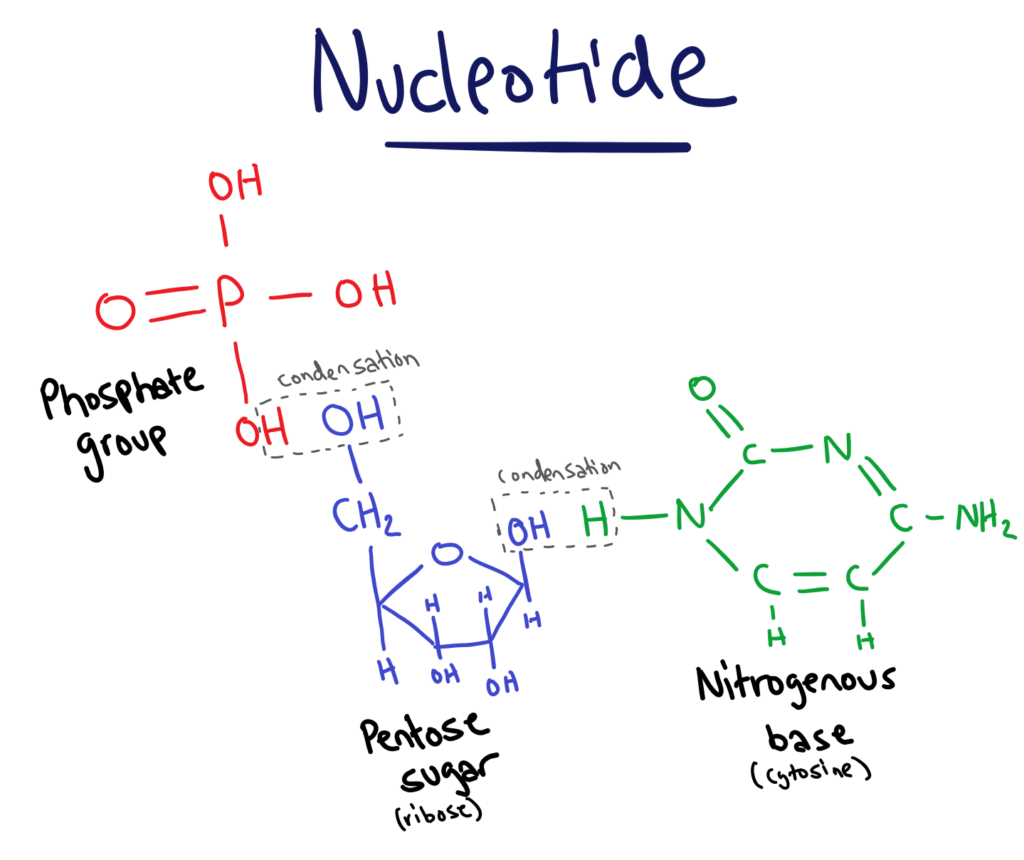 There are 5 nitrogenous bases that occur in nucleic acids; A (adenine), guanine (G), cytosine (C), thymine (T) and uracil (U). These are given in the data booklet!

In DNA, two strands are held together by hydrogen bonds between the nitrogenous bases. Only certain bases align correctly to form hydrogen bonds. 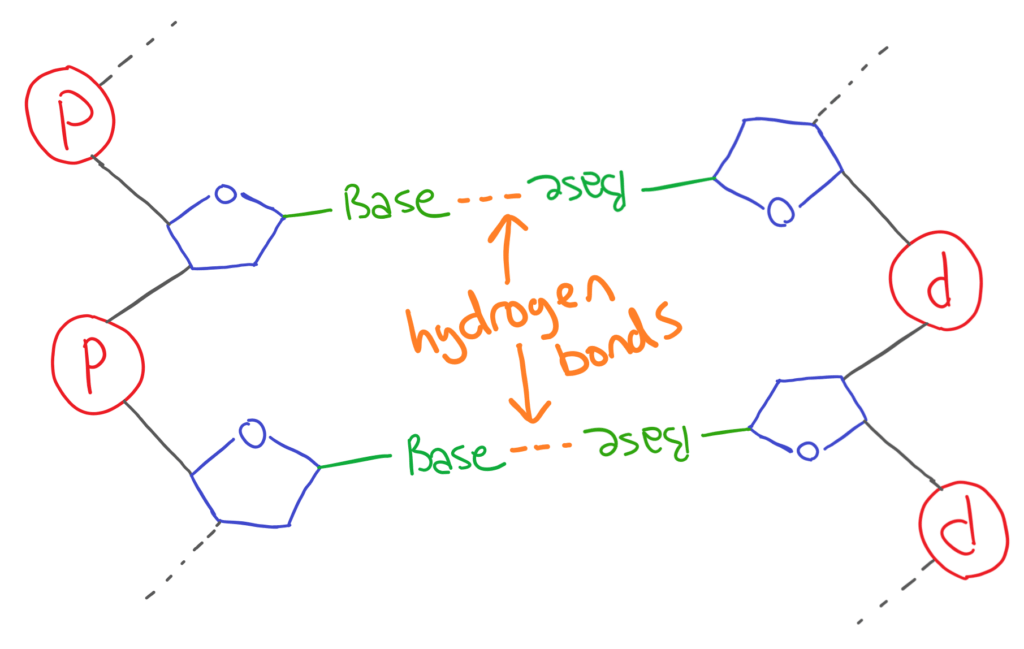 The hydrophilic (water loving) phosphate and sugar backbone is found on the outside of the DNA, with the hydrophobic (water hating) nitrogenous bases wrapped tightly inside. This makes the outside of the DNA soluble in water because it’s exterior is hydrophilic (water loving) due to the polar OH groups on the sugar and ionic negative charges on the phosphate. This makes DNA very stable as it’s hydrophilic exterior ‘protects’ the hydrophobic bases from water.

And now for the less interesting stuff about what DNA does.

When DNA is not in use, it coils itself tightly around basic (not starbucks) proteins called histones and forms a chromosome to protect itself from damage. This coiling also allows it to fit into the nucleus in an orderly fashion.

When a portion of the genetic code is needed, that portion ‘unwinds’ and exposes what is needed before coiling up again.

DNA replicates during mitosis (and probably other things) when a parent cell divides to produce 2 daughter cells.

Because DNA strands are complimentary (they are an ‘opposite match’ to each other), DNA can easily replicate, as only one free nucleotide will bind correctly to the nitrogenous base in the DNA single strand.

DNA transcription is similar to DNA replication, except for 3 key differences; only a small portion of the DNA is needed, the copy made is mRNA and not DNA and that the base T is replaced by U in the mRNA.

What is mRNA and why is T replaced with U?

This mRNA is then found by a ribosome, which decodes the mRNA and builds the protein in a process called DNA translation.

In DNA translation, mRNA is decoded by ribosomes to form a protein. The sequence of the 4 nitrogenous bases code for the 21 naturally occuring amino acids.

Each amino acid has one or more 3 letter/base codes called codons that tell the ribosome that it’s needed in the protein. There is no need to memorise any of these codons but you should at least know that they exist 😂 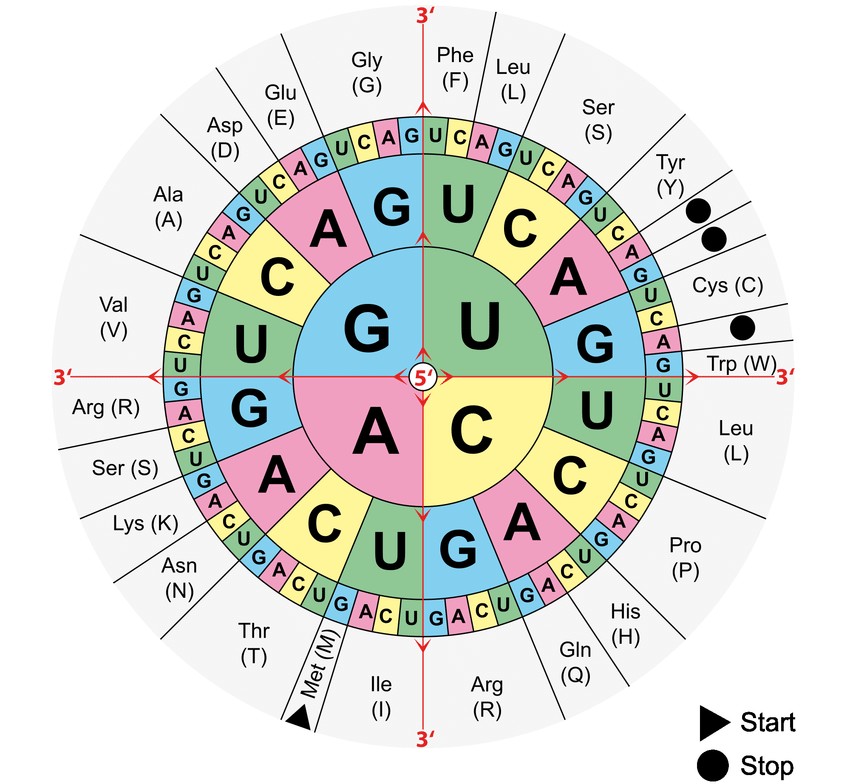 During DNA translation, tRNA (transfer RNA) carries the amino acid and has the complimentary (opposite) code to mRNA.

The difference between DNA, RNA, mRNA and tRNA

Genetic modification is when the genetic material of an organism is altered in order to give the organism certain traits, for example:

This is usually done by inserting the ‘useful’ DNA from other organisms into the DNA of the target crop or cell.

As climate change is affecting conditions across the world, the need to use less water and less chemicals on crops are making Genetically modified crops more common. They do however have their disadvantages.