This is the first of two posts I’m in the process of writing about quantum physics aimed at making quantum physics easy to read and understand for anyone. Hopefully I’ve done a decent job of explaining everything simply but if I haven’t, please feel free to drop a comment down below.

Quantum physics began, unsurprisingly, from puzzles that classical physics could not explain. According to the physics of the time, light was a wave and electrons were particles and there was no in-between. Why would there ever be any doubt about that? Then the idea of wave-particle duality came along…

So where did classical physics go wrong?

The photoelectric effect is quite well known because of its links to Einstein, but its true significance is because it was effectively the beginning of quantum physics.

The photoelectric effect occurs when light (usually UV light) is shone onto a piece of metal. It has the effect of digging out the electrons from the surface of the metal, giving the metal a positive charge. 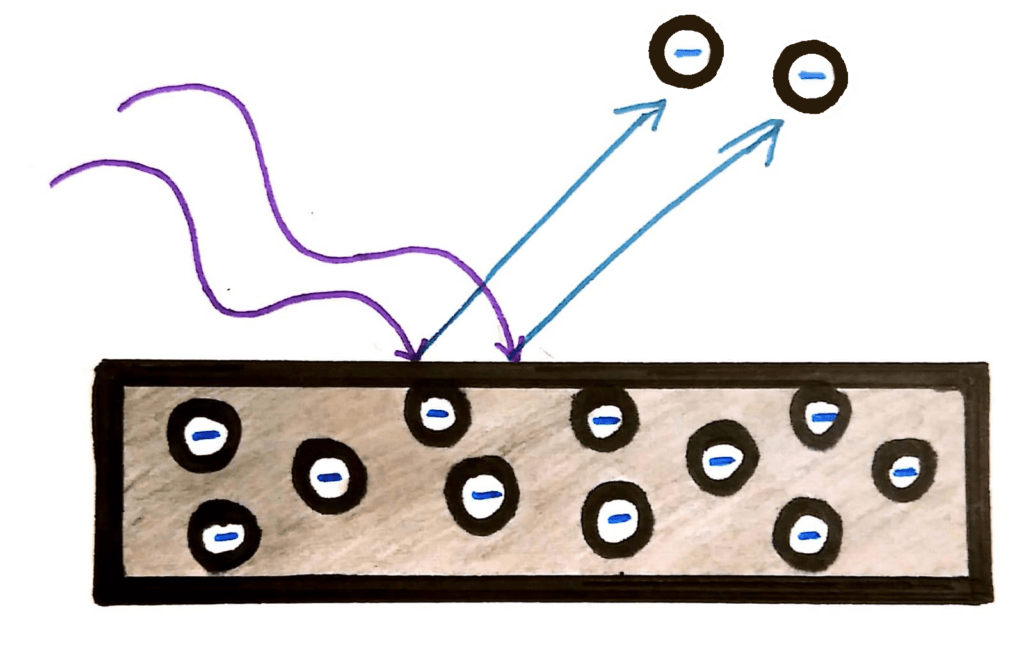 This all seemed ok until physicists realised that contrary to the laws of the physics at the time, the energy (speed) of the electrons released due to the light had nothing to do with the intensity of the light.

Why was this such a problem?

Well because light is a wave, it should be a continuous stream of energy, and the energy it delivers should be dependant only on the intensity.

Instead, physicists were finding that the energy of the photons was dependent only on the frequency of the wave. In fact, the electrons were only ‘dug out’ from the metal if the light was above a certain frequency.

Einstein looked at the photoelectric effect and saw only one explanation for the observations; light was both a particle and a wave. 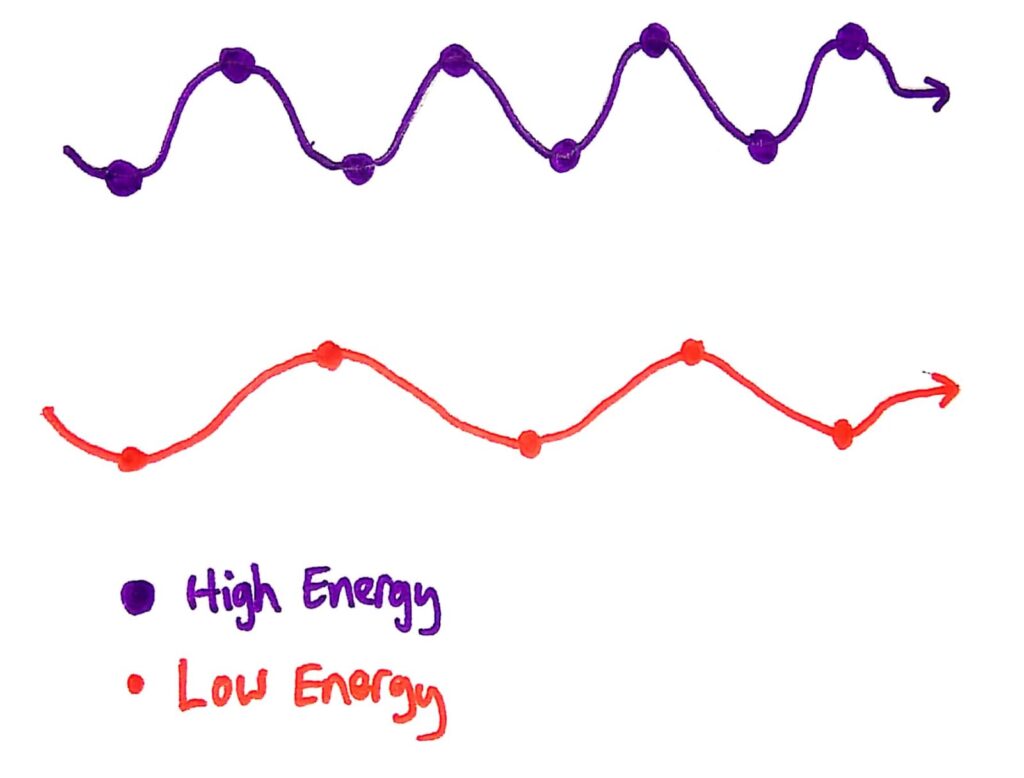 Please explain, what are quanta and what is going on... 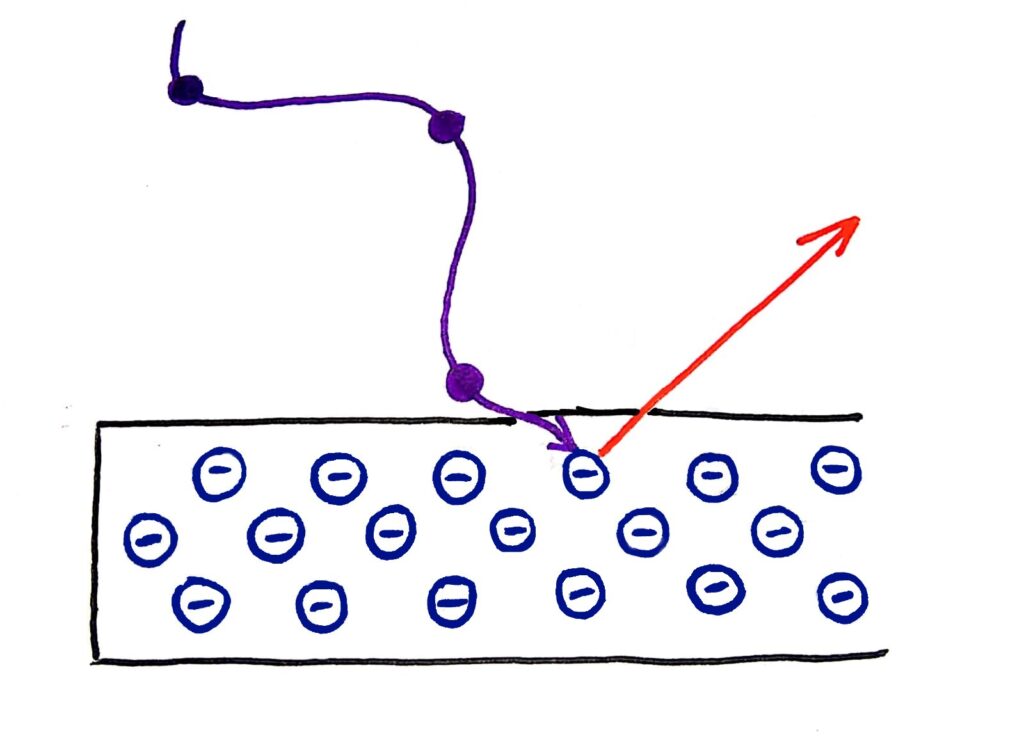 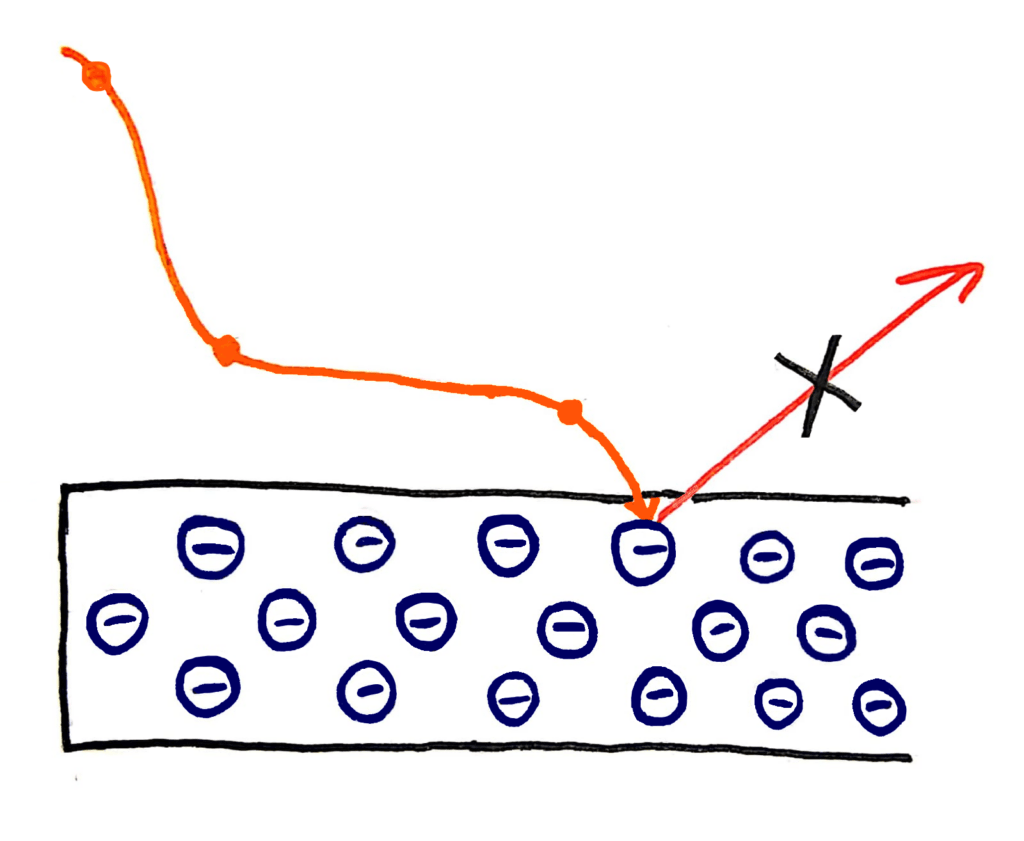 I’m not an amazing artist but I tried my best…

So how does this link into quantum stuff?

Quantum physics kind of centres around the idea that waves can be particles and particles can be waves, as well as the idea of how hard it is to know where a particle is and/or how fast it’s going.

Ok fasten your seatbelts, it gets more weird from here. This part was discovered by a French physicist called Louis de Broglie.

He thought hey, if light, that is now proven to be a particle can diffract through slits like a wave, maybe electrons can too? And maybe more particles can also act as waves too?

Diffraction is a pretty common physics concept. The simplest form of diffraction is through a single gap, like below. 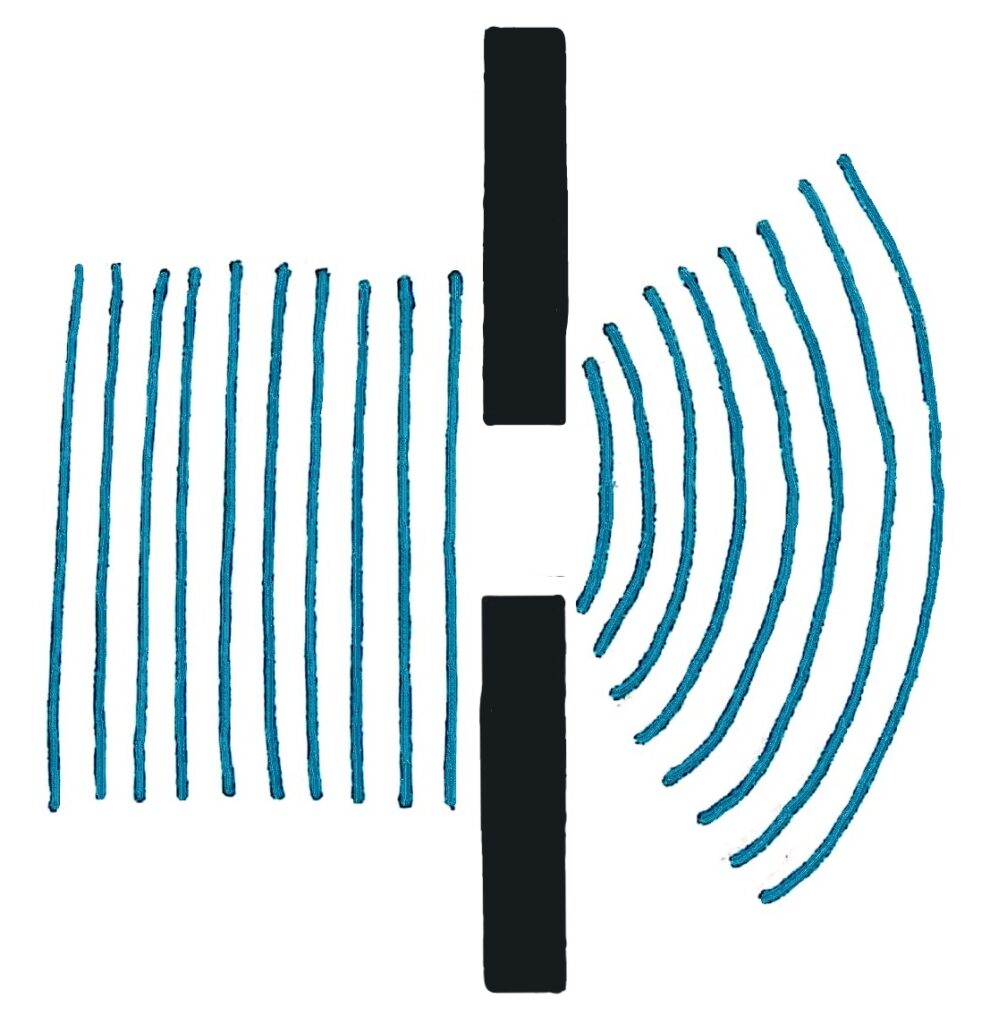 To diffract light, a wave with a wavelength smaller than the width of most bacteria, you need an incredibly tiny slit. When you diffract light through a slit, you get a pattern that is unique to waves. 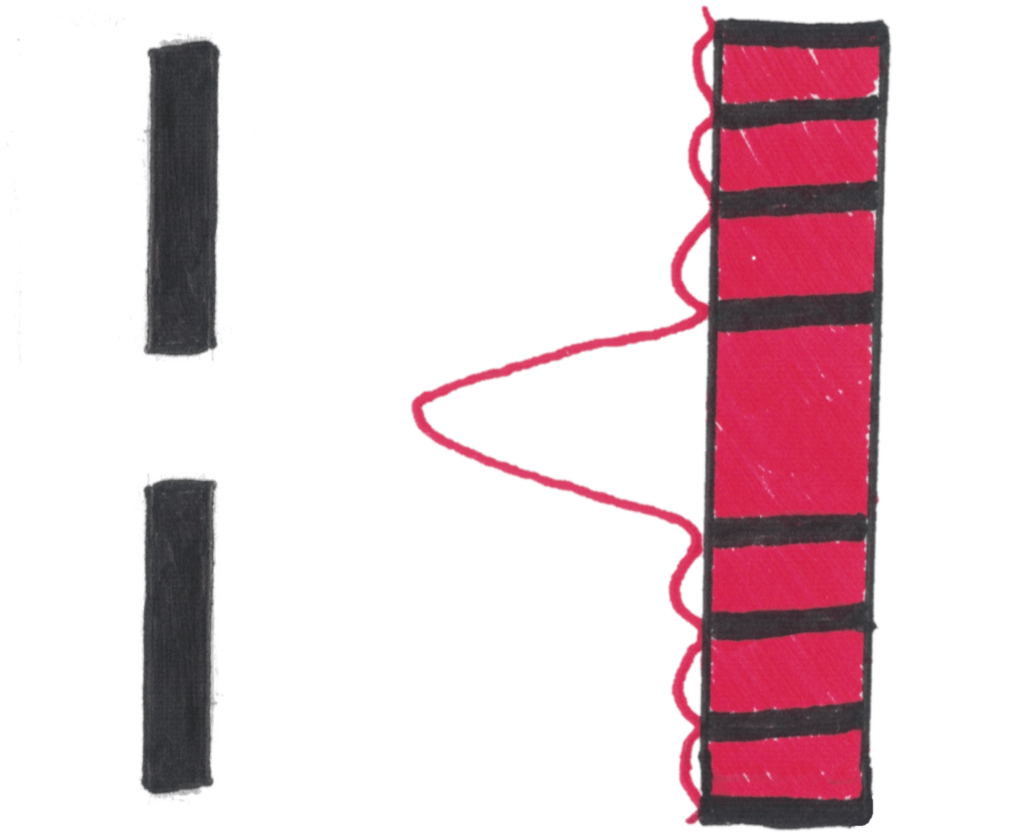 The reason behind the pattern that’s formed isn’t really so important for this, but it’s interesting.

Anyway, back to our old friend de Broglie. He predicted that electrons would produce the same wave pattern when shot through a slit. Physicists across the world tried this experiment to see if it would work.

When electrons were shot at the double slit, they formed the exact same pattern as light and other electromagnetic waves. 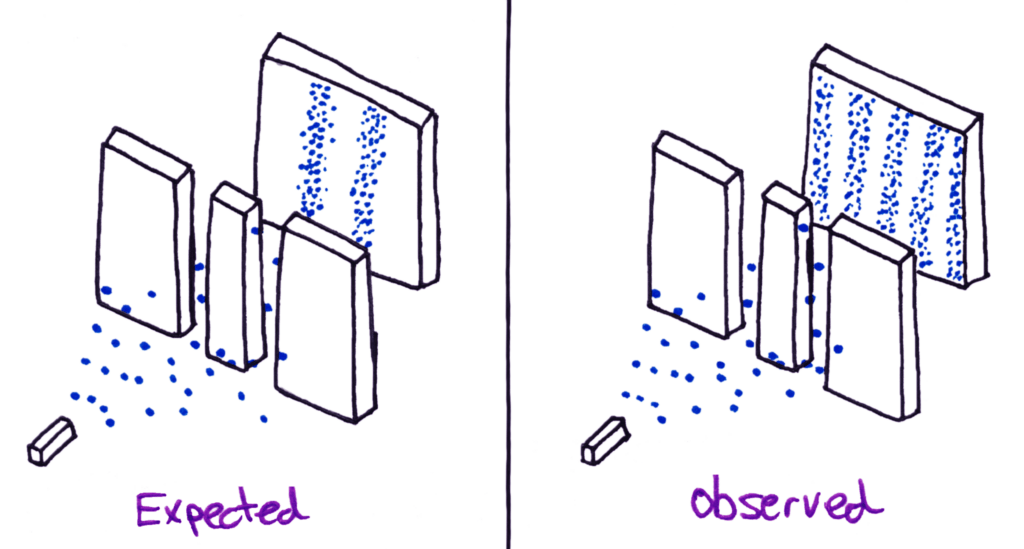 Everyone was shocked by this discovery, because electrons had again always been thought of as particles. It was as if tennis balls thrown at two open doorways had diffracted just like a wave and hit the wall behind in positions that don’t physically make sense.

And not only electrons do this, protons and neutrons do too if you fire them fast enough!

To explain this weird property of waves, de Broglie proposed moving particles can actually behave as waves and have what he called ‘matter waves’. The wavelength of these matter waves can be calculated using the formula λ=h/p where h is Planck’s constant and p is the momentum of the particle. 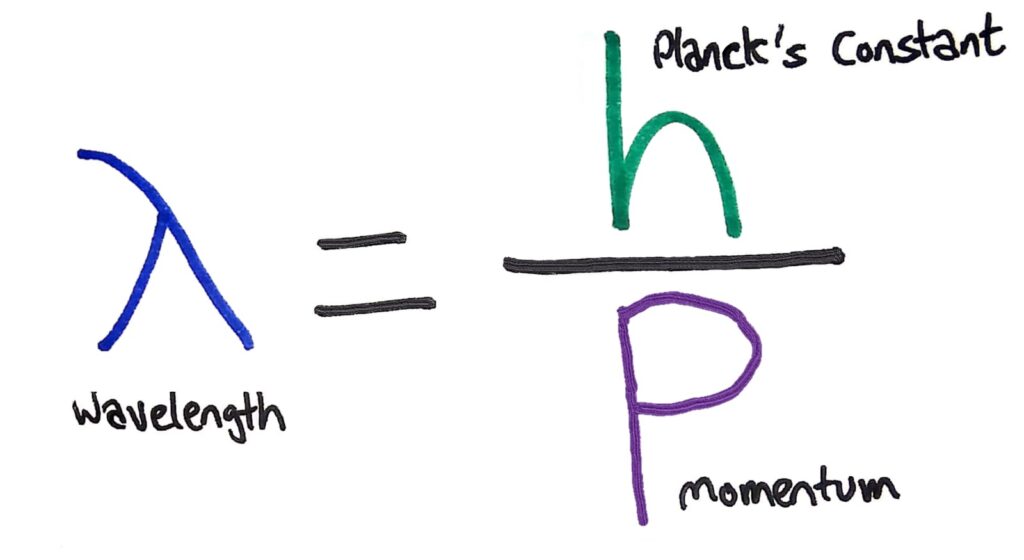 This also means that everything, even humans, can have a wavelength depending on the object’s speed and mass.

Why was this important?

de Broglie’s idea about matter waves was very important because it explained why electron shells in atoms always have certain energies and why these energies are always the same.

In the previous model of the electrons in an atom, electron orbits could be stable at any radius or energy level around the nucleus 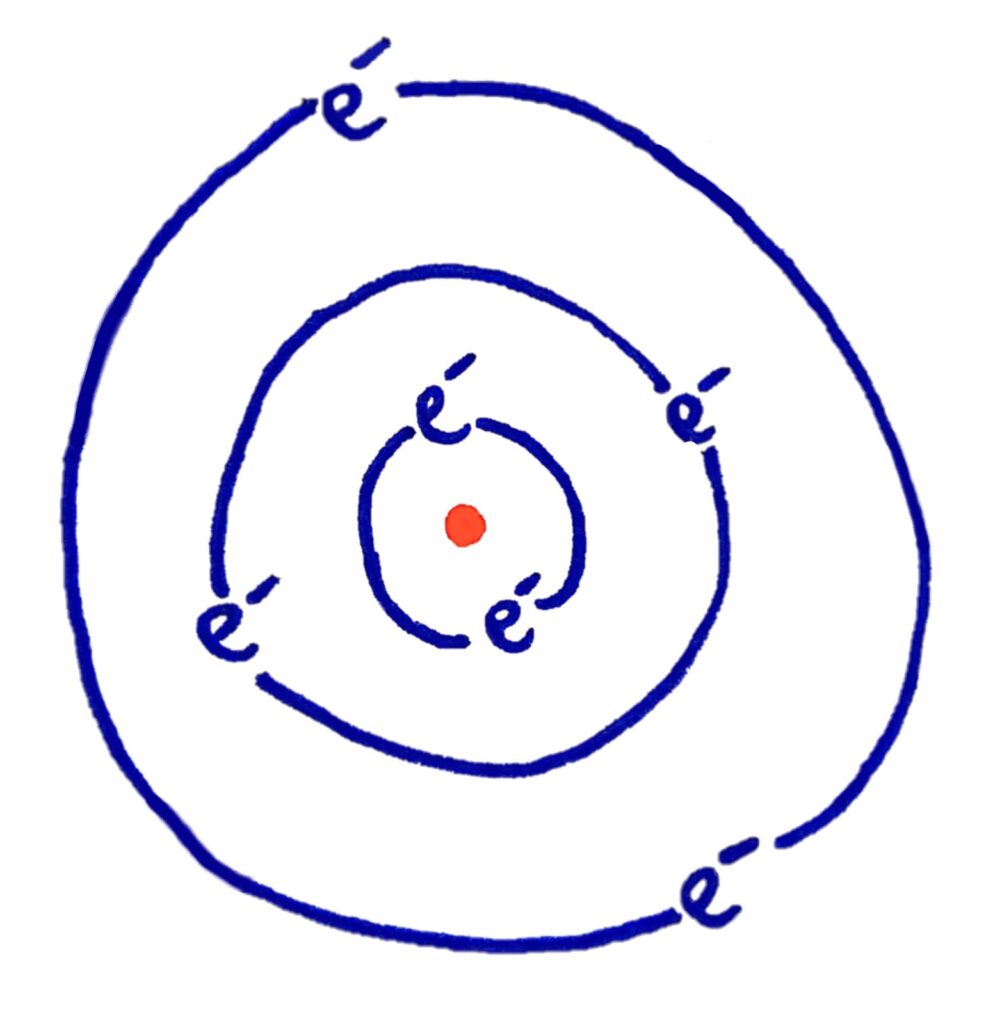 What physicists were finding in experiments is that the electron energy levels in atoms had certain values, and actually couldn’t exist just anywhere around the nucleus.

Electrons are able to jump up and down energy levels by absorbing and emitting energy usually in the form of light. If electron levels were able to exist at any position around the atom, the energy absorbed and emitted when jumping between energy levels would contain lots of different wavelengths. Instead, physicists were finding that only very specific wavelengths were being absorbed and emitted by electrons.

Because of this, de Broglie realised that electrons orbiting the nucleus must be behaving like standing waves.

If the diagram is a bit confusing for you, imagine wrapping a wave into a circle 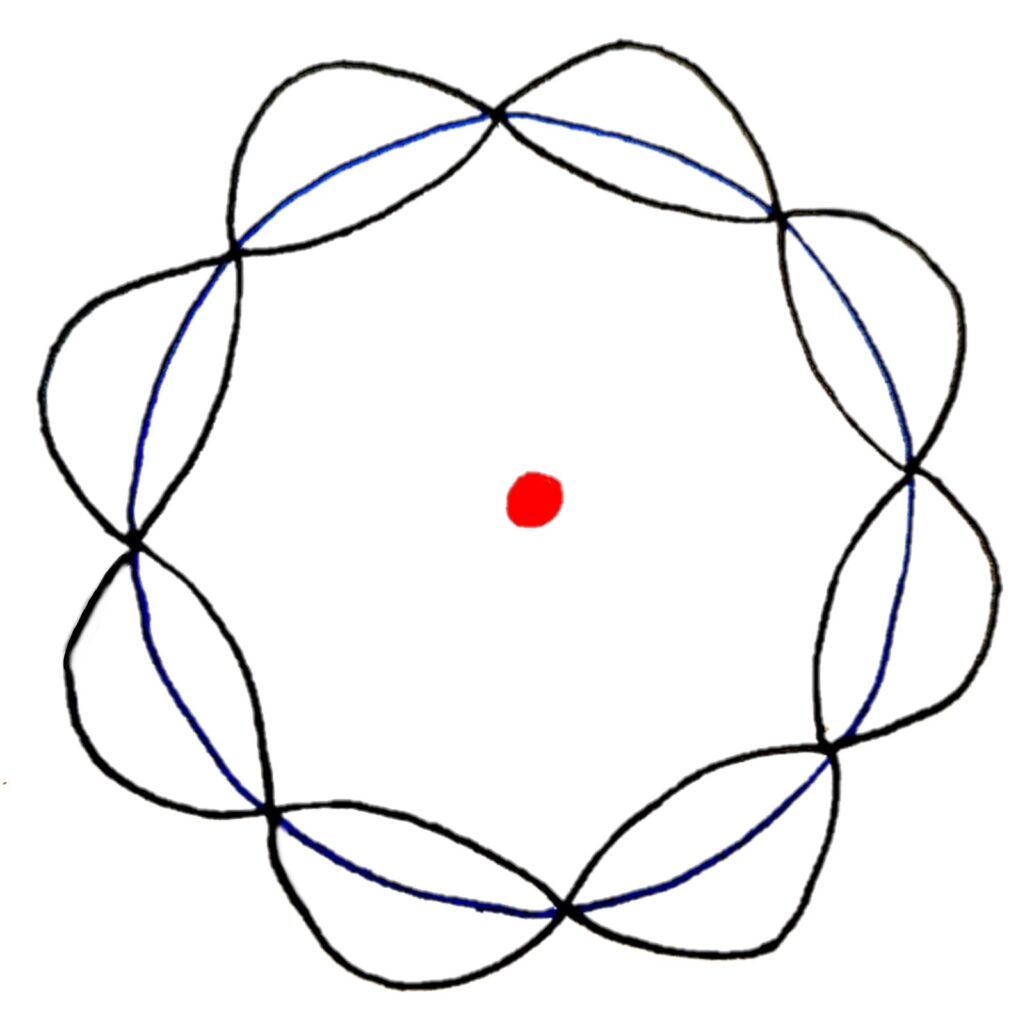 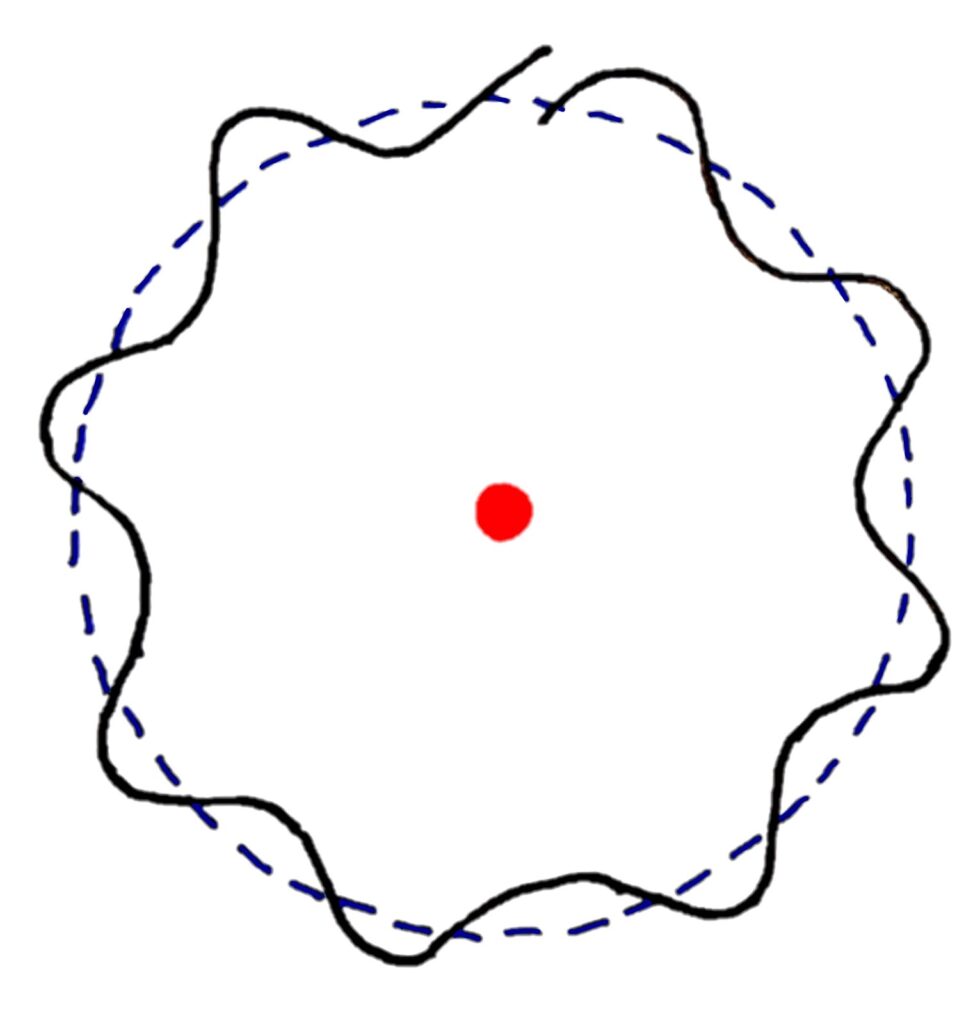 That's pretty much it for Wave-Particle duality

Hopefully I’ve explained it well enough for you to understand it. Part 2 will be more about Schrodinger’s cat and uncertainties in position and momentum of particles. Then after that if all goes well I’ll do a part 3 on quantum entanglement and other weird quantum phenomena.