As I mentioned in my Life Update #2, I’ve been reading a book called Fentanyl Inc by Ben Westhoff. The book gives an in-depth background to the roots and reasons behind the current Opioid crisis across the world and the compound that is responsible for the recently increased risks of Opioid addiction – Fentanyl. 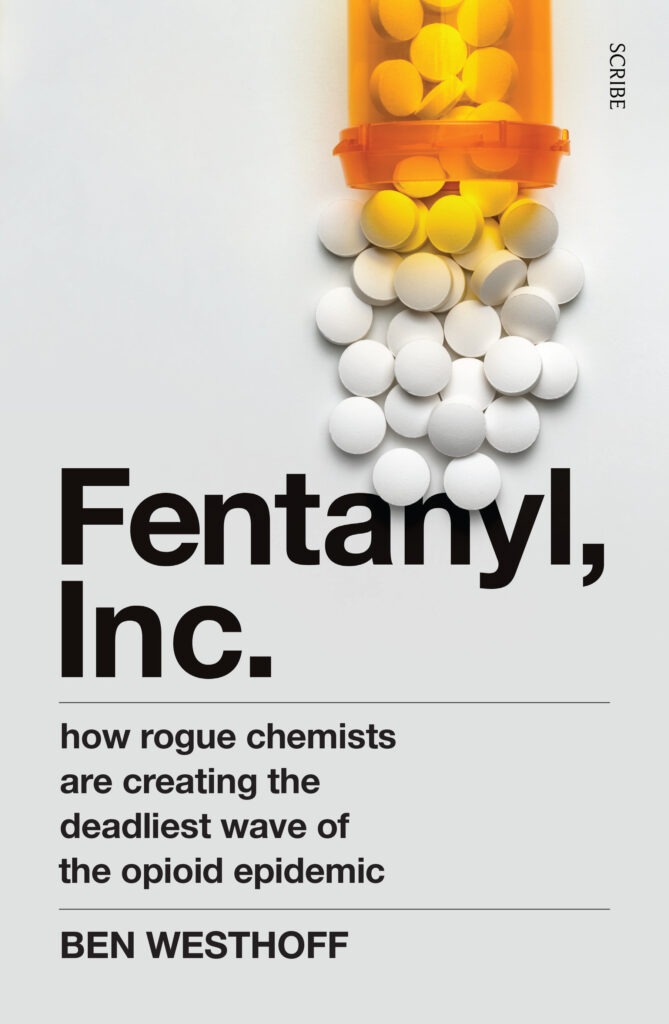 Why is this interesting?

I’ve always been very interested in the Opioid crisis. When people talk about Chemistry they mention life saving or world changing chemical inventions like Penicillin antibiotics, anti-cancer drugs or similar. But there’s a dark side to Chemistry. Compounds can also destroy lives & wreak havoc – either through accidents or intentional misuse.

Penicillin, discovered in 1928, is one of such chemical discoveries that has changed the world.

Opioids, as a family of drugs, lie right on the line between good & bad. Morphine, when discovered, was revolutionary to the medical field when it allowed surgery to go ahead without extreme pain. It’s cousin Codeine, which is also produced from the poppy along with morphine, proved a good medication for suppressing cough. Although both had addictive qualities & side effects, the good definitely outweighed the bad.

In an effort to make a less addictive opioid, Heroin (from German Heroisch) was marketed by Bayer in 1887 as a less addictive morphine substitute for cough syrups. Heroin of course would go on to have one of the highest addiction rates among it’s users, but at the time it was simply an over the counter pain drug – no prescription needed.

Today, Heroin is still a highly addictive abused drug and it one of the hardest drugs to detox from. Many users are not necessarily seeking the Heroin high but are just attempting to avoid the withdrawal symptoms that come with detoxing. For almost 100 years, the story remained the same up until recently when cartels discovered Fentanyl. 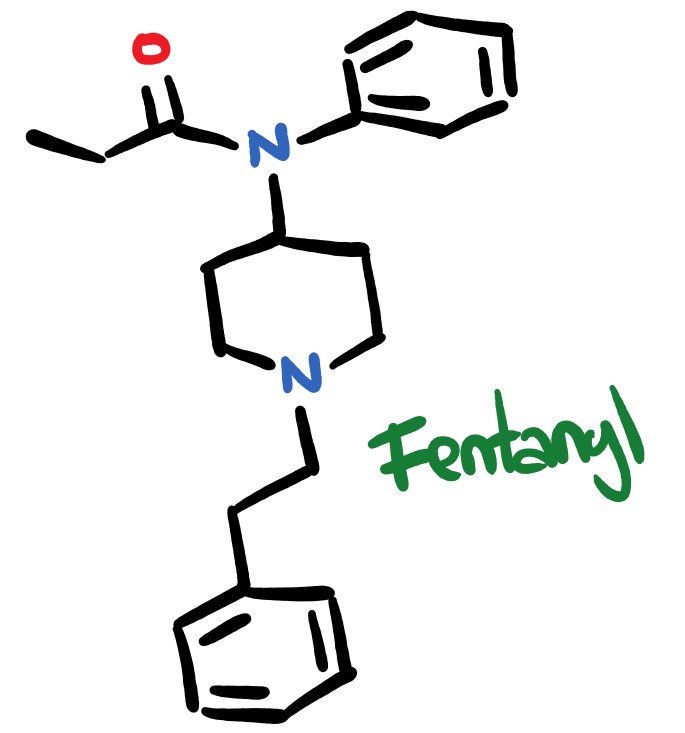 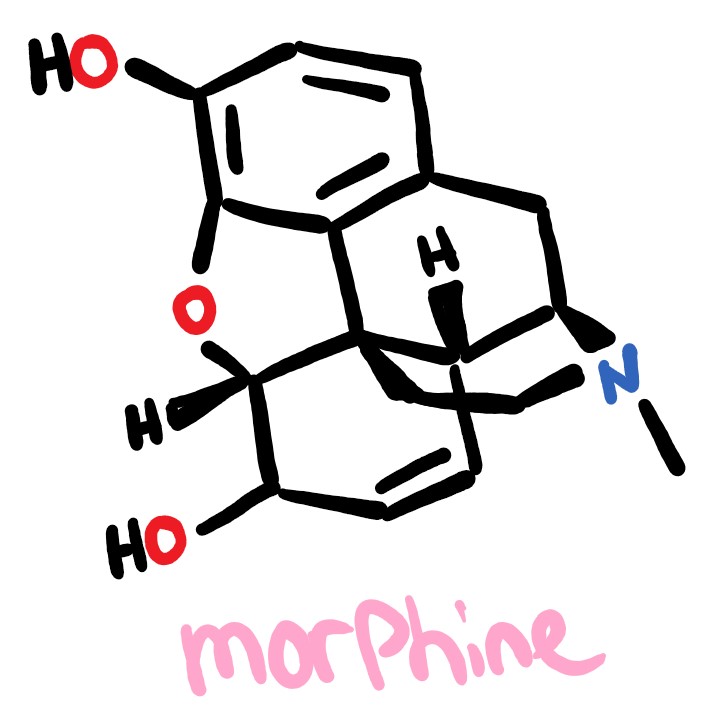 Chemical structures of Fentanyl & Morphine. On paper, they look quite different but in the body they work much the same way.

Fentanyl was first synthesized in 1960 and is an essential medication for pain management in cancer patients – it’s even on the World Health Organization’s list of essential medications. Fentanyl is much stronger than Heroin, and can often be acquired illegally from China with purity in excess of 95%.

Being such a strong drug with such a small dose, many doses of Fentanyl can easily be transported across borders or through post in small packages. Customs are used to making busts of 20-30kg of Heroin but the equivalent amount of Fentanyl, a few kilograms, can easily be hidden in civilian cars & freight trucks. 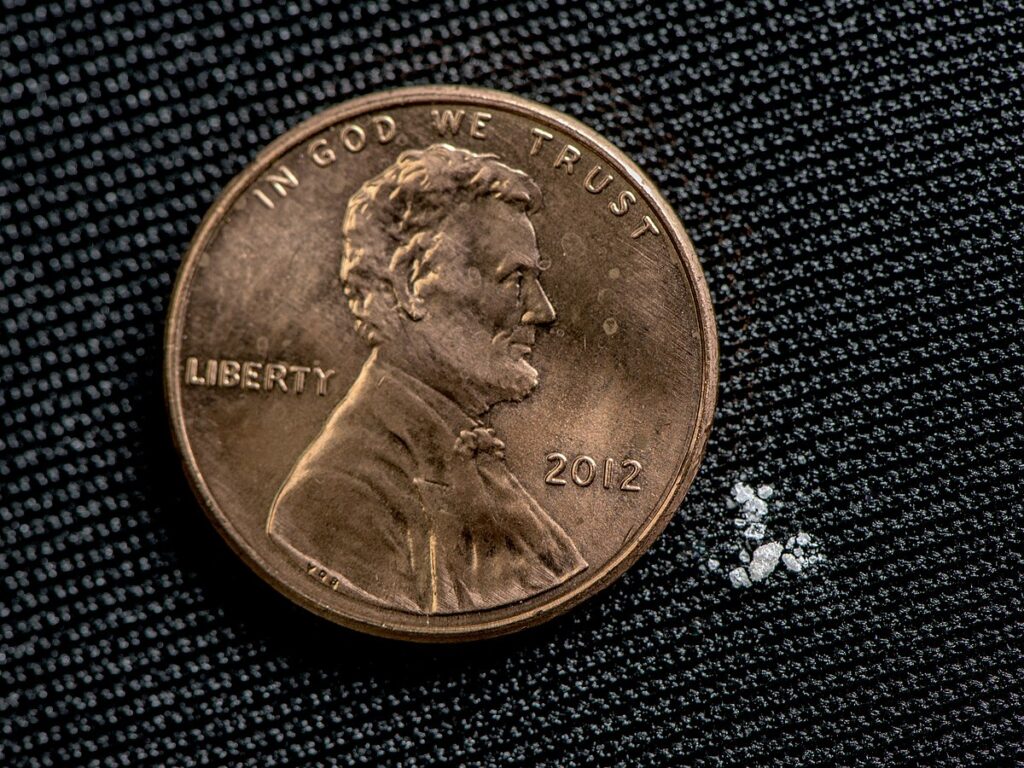 The amount of fentanyl in this photograph is 2 milligrams – the average lethal dose in humans.

The whole story of how such a class of drugs walks such a fine line between good & evil is fascinating. Fentanyl especially shows how chemical innovation can have such a large impact on society, even if it’s not for good.

This book goes into extraordinary depth and if this post made you in any way curious, I highly suggest getting a copy. Westhoff describes in great detail his comprehensive investigation into the topic, including going undercover to a factory in China upon invitation from dark web contacts.