Did you see the news? A Christmas gift to Science.

DeepMind AI’s new version of a program called AlphaFold is creating waves in the scientific community. The program, backed by a truck load of computing power, can very accurately predict the exact folding and shape of proteins from their underlying amino acid sequences.

DeepMind, if you remember, is the company behind the AI program AlphaGo that made headlines back in 2016 when it beat Go’s reigning champion, 18 time European winner Mr Lee Sedol. Go, a game originating in China, is said to be one of the hardest strategy games in the world, requiring several different levels of logical thinking to succeed.

This time is different. AlphaGo was a test run, used to master a complex game. It showed the potential of AI software but lacked any significant real world application. Their most recent software, AlphaFold, has incredible potential in many scientific fields and leads the way for further innovation for AI applications in scientific research.

In this post, I'm going to try and explain why this is such an important breakthrough

Back to Basics - What are proteins?

Certain sequences of amino acids can form different types of what are called secondary structures, which are basically little structures inside the protein. Some examples of these are the alpha helix and the beta pleated sheet shown in their simple forms below: 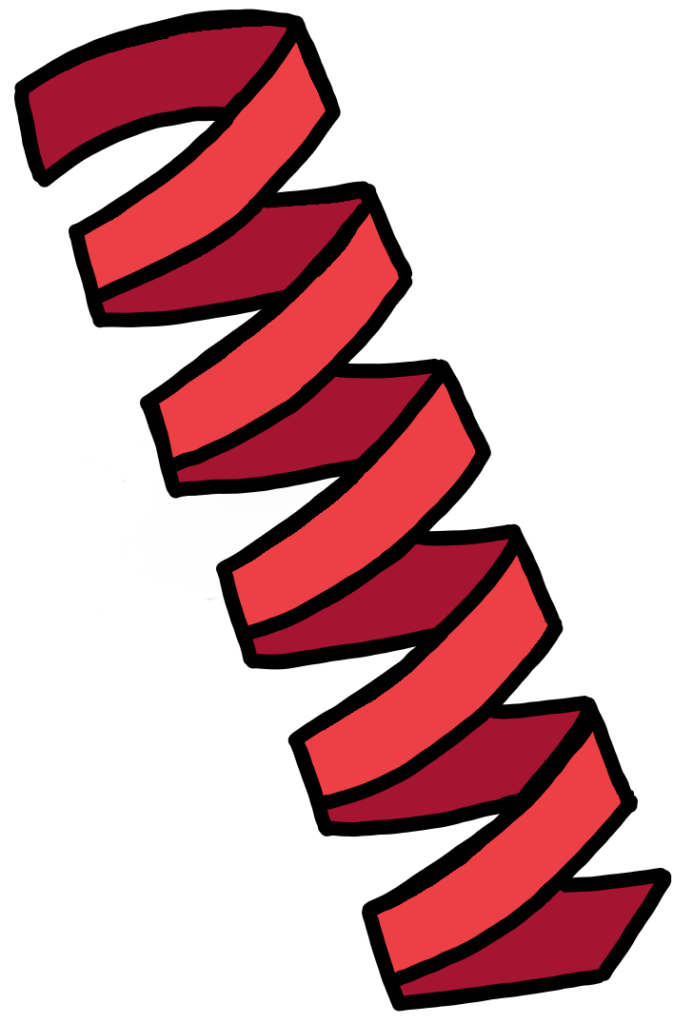 For example, here's the Haemoglobin protein

Haemoglobin is the protein in red blood cells that is able to capture oxygen and transport it around the body in the blood stream. The structure below is interactive – go ahead and rotate it around!

If the HTML structure doesn’t show above, click here to see it in another window.

If you look carefully you can see many alpha helices (mini coils) all in different positions not only in the protein chain, but also in 3D space.

In 1972, Christian Anfinsen hypothesized in his Nobel Prize Speech that a protein’s 3D structure could be determined solely from it’s ‘1D’ amino acid sequence. Since then, scientists have been trying to predict exactly that with varying degrees of success as measured by the CASP assessment, a protein folding prediction ‘competition’ that happens every 2 years. This year there was a clear winner: AlphaFold 2.0. 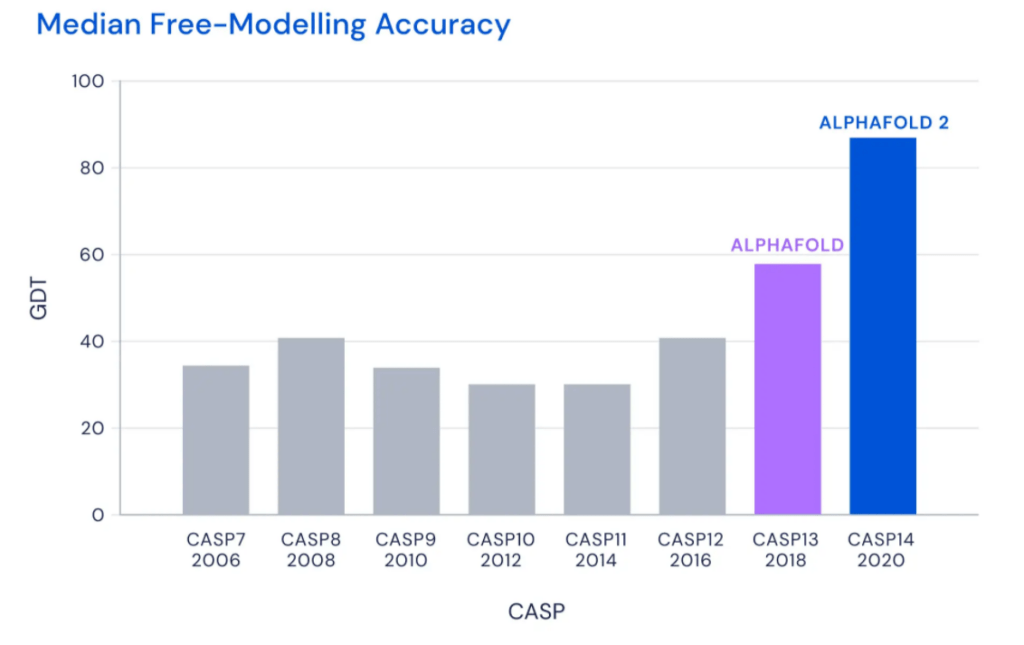 AlphaFold 2.0 leads previous winners in the dust with a median score of over 90 points. A score that high means the AlphaFold structure is incorrect by less than 1.6 Angstroms; the width of an atom.

Image taken from the following source: AlphaFold: a solution to a 50-year-old grand challenge in biology | DeepMind

Why is the 3D protein structure so important?

The exact shape or conformation of the protein is heavily involved in its function. In fact, most enzymes will not function at all even with a slight change to their 3D shape. A large number of these proteins in the body are enzymes or receptors; both of which are vastly important in bodily functions. Enzymes are the biological machinery responsible for reactions in metabolic pathways – pathways that break down nutrients to build up important molecules for life. Receptors are equally important for signaling in the body. In a previous post, I discussed the G Protein-Coupled Receptor in allergic reactions, take a look! 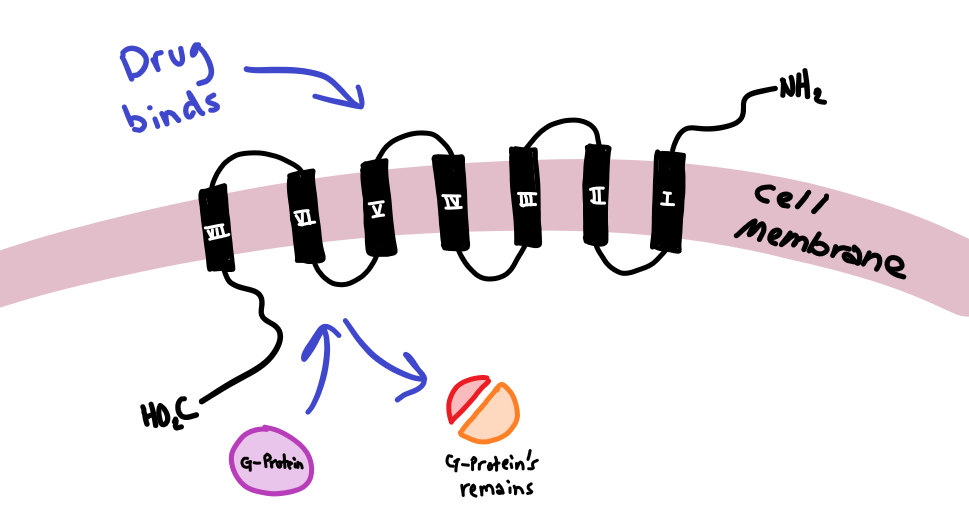 Here, a drug binds to a receptor on the outside of a cell and causes a signal to be transmitted on the inside of a cell using something called a G-Protein.

Why do we care?

Proteins and enzymes are the most commonly used drug targets. Almost all drugs on the market work via their interaction with an enzyme or receptor – two types of proteins. These drugs usually work because the structure of the drug molecule fits into a site on these enzymes and receptors perfectly like a hand in glove, so it can cause some effect how the protein does its job with the aim of treating a disease or symptom. 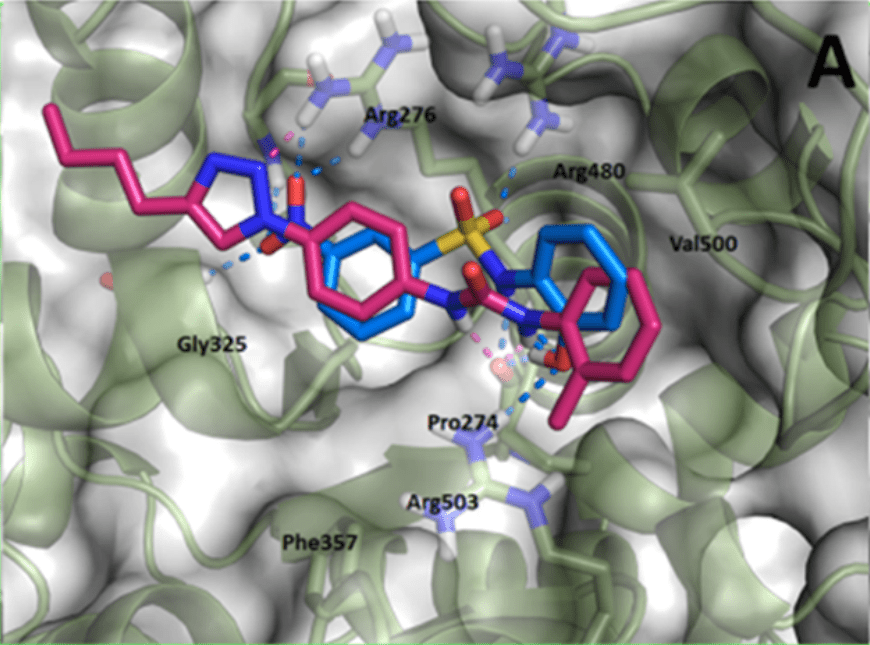 Back to the AlphaFold software, what's the hype?

In order to make drugs to treat diseases, it is very important to know the physical shape and conformation of these proteins. Without it, scientists are left testing for drugs almost blindly, without knowing even where or how they work.

At the moment, many drugs are found through a technique called High Throughput Screening, where thousands of structurally similar molecules are tested for their biological activity on what is essentially a whim in the hopes of finding something with a biological activity that can be investigated.

Knowing the 3D structures of proteins without painstaking work with expensive equipment has the potential to flip the process on it’s head – molecules could be accurately designed to have a structure that fits into the protein, speeding up the process of finding drug candidates for serious diseases.

How do we currently find 3D protein structures?

You know what beats years? Days.

Image taken from the following source: AlphaFold: a solution to a 50-year-old grand challenge in biology | DeepMind

With AI powered protein structure determination at such a high level of accuracy, potential drug molecules could be found and tested on a much shorter timeframe.

With further development, this technology could revolutionise the drug design process

For now, this software is still in development, but work in the direction of reducing the needed computing power could make AlphaFold and softwares like it commonplace in labs and institutes working with such proteins.

For the scientists working in related fields, AlphaFold offers a glimmer of hope in somewhat troubling times.